Previous episodes
On the 22th Day of the Spider Queen, the “Ice Demons” were at Stefan’s door. Led by Kente, Ivan’s Master-of-Arms, the Orcs of the Whitespear clan soon taught the Wolf lord the meaning of fear…

Descending from the eastern Griffin mountains in great numbers and seemingly unaffected by the snow and cold, the Orcs won a series of easy victories against the Wolf armies. The towns and villages that had fallen under Stefan’s rule were liberated one after the other, until only Voron Peak remained occupied by the Wolf. Soon, these savage warriors swarmed the hills and forests around the fortress.

While the Orcs had little hope to take Voron Peak, they could keep Stefan trapped. The Orc leader, Kente of the Whitespears, was confident the Wolf would soon tire of his cage, and would then be willing to negotiate his release. All the Orcs had to do was wait and withstand the winter.

As soon as the first signs of spring appeared, Stefan of Wolf agreed to Kente’s terms. The Duke of Wolf and his remaining forces were escorted back to the border of their Duchy, while the Orcs scattered in all major Griffin cities to reinforce their local garrisons. The message was loud and clear: the Griffin’s nest was defended.

Kente took command of a battalion of Orc warriors and rode southwest, to regroup with Ivan’s forces and inform the Duke of what the chieftains of the various Orc tribes had agreed upon.

In the meantime, Amílcar of Bull, beaten but not broken, was back in Chiaroscuro and licking his wounds. When he learned about Stefan’s situation, he immediately started thinking of a way to use the Wolf’s error to his advantage. While Stefan was trapped in the north, Amílcar could move his forces east and steal back some long-contested borderlands.

But Amílcar had suffered too many losses. He needed reinforcements – and he needed them fast, or his window of opportunity would close. He was still weighing his options when he was approached by a man, who had somehow avoided Amílcar’s guards. The man’s hair was black as a raven, his skin was pale, and his eyes glowing with a malevolent Green. Amílcar knew what the man was -- a Vampire from the devastated Vale of Heresh, in the far south. 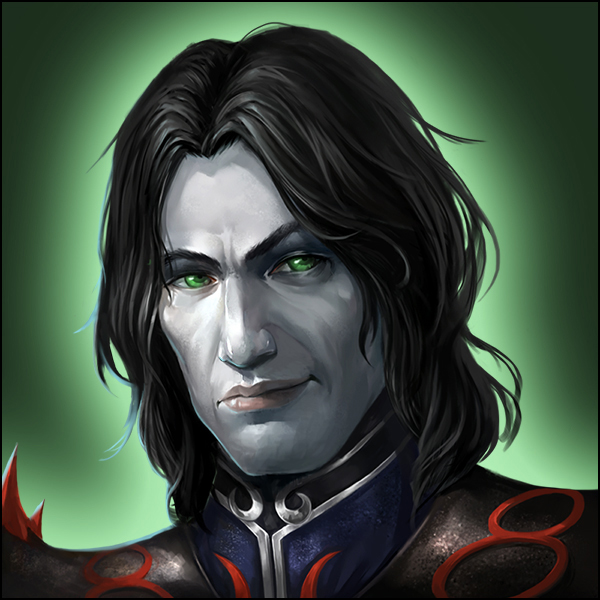 Giovanni
When he was younger, Amílcar had fought the Necromancers of House Eterna in the War of the Broken Staff, nearly losing his life. He had shut away the memories of the horrors he had witnessed, the madness, the senseless devastation. He had somehow survived a close brush with Death, but feeling its unholy breath caressing his face had turned his hair white.

Amílcar didn’t like the Necromancers, but he knew first-hand how powerful the Dark forces they dabbled with could be, and power was something he respected – and needed.  So he decided he would at least listen to what the Vampire had to say. Especially as this particular Vampire was a kinsman – or had been, a long time ago. His name was Giovanni dela Segadora.

Giovanni had come to offer Amílcar an alliance, of sorts. The Necromancers would put several legions of Black Guard mercenaries under the Bull’s command. In exchange, all they wanted was Illuma-Nadin. Erected on the border Heresh shared with the Bull Duchy, this Necromancer outpost had been conquered by the Wizards during the War of the Broken Staff, and had been occupied by the Bull’s forces since then. Now the Spider Cult wanted it back.

Amílcar didn’t hesitate long. Black Guard mercenaries were ruthless and knew no mercy, but regardless of their ties with the Deathlords of Heresh, at least they were living beings.

A few weeks later, the reinforced Bull armies launched their assault on the Wolf Duchy. 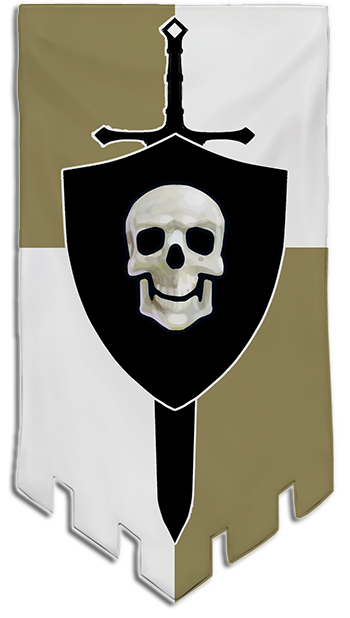 By summer, Rowena of Unicorn had conquered a large chunk of the Greyhound lands, and was ready to besiege Whitecliff. Her victory, however, was snatched from her when she received word that Seamus of Stag’s armies had entered the Unicorn Duchy.

Thanks to the wood reserves they had gathered in the past couple of years, the Stag’s war effort had not been impeded by the terrible winter. In fact, while the others Dukes had been fighting each other, Seamus had been reinforcing his own forces. Twintree and Dunmoor were quick to fall before the Stag legions.

A long and difficult siege awaited Rowena in the south, while her own lands were being invaded in the north. The Duchess of Unicorn had been reckless in her warmongering, and she now found herself, as the Elven proverb goes, forced to choose between Shadris and Sorleth.

Ivan too was facing an uneasy situation. Meeting with Kente near the abbey of Skarena, one of the Empire’s oldest temples of Elrath, he learnt that most Orc chieftains had come to help the Griffin Duchy to honour the friendship their ancestor Kraal shared with Ivan’s own ancestor, Slava. They now considered the debt settled, and apart from Kente and a small cadre of warriors, the Orcs would soon return to their mountains and stay out of the “babyteeth war”, as they put it.

Looking for guidance, Ivan decided to visit the abbey, with the faint hope Elrath would show him a sign. Much to his surprise, two figures were waiting for him inside. One was an Elf druid, who introduced himself as Tieru. The other was the Angel Murazel… and she was offering to reveal the truth about Sandalphon’s death.