A few months ago, we had the difficult task to announce that Ingame-RMG (Random Map Generator) would not be part of MMH7 due to technical complications related to this feature.

However, we never stopped thinking about it and kept working on several leads in parallel to make it happen.

Today, we are glad to announce that Ingame RMG is coming to MMH7 in an upcoming update!

A big pull to Heroes has always been Skirmish maps, as well as the re-playability of the map regarding creeping, layout of resources and general flow of the level. Our RMG has always been very strong. Unfortunately, when outside of the game it made it difficult for someone to quickly jump in with their friend and play in an arena they've never experienced before. This is going to change.

As easily as you could expect it to be!

To create a new map, you just need to select single or multiplayer mode and click the new dedicated button “generate” on map selection window.

A new screen will then appear. 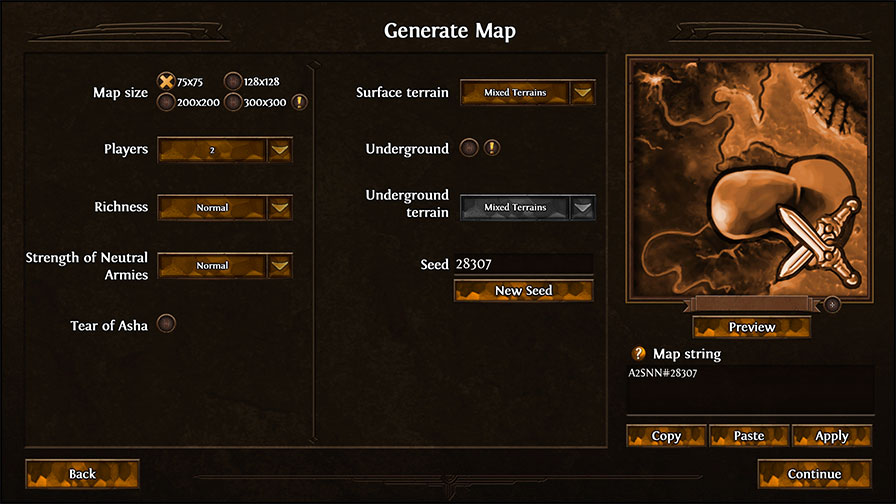 Here, you can tweak all the variable options you will need to make a quick and unique RMG. Map size, Amount of players, does it have the Tear of Asha. Maybe you want to have an underground? Even down to the tile set and what your map will look like. You will then be able to press the Preview option to get a bird’s eye view of the basic layout of the map you've just created.

If you're in Multiplayer these options will be in the lobby for other players to see before the game starts. When everyone readies up all players will then individually load the map and no one will be able to start until everyone has loaded into the game. 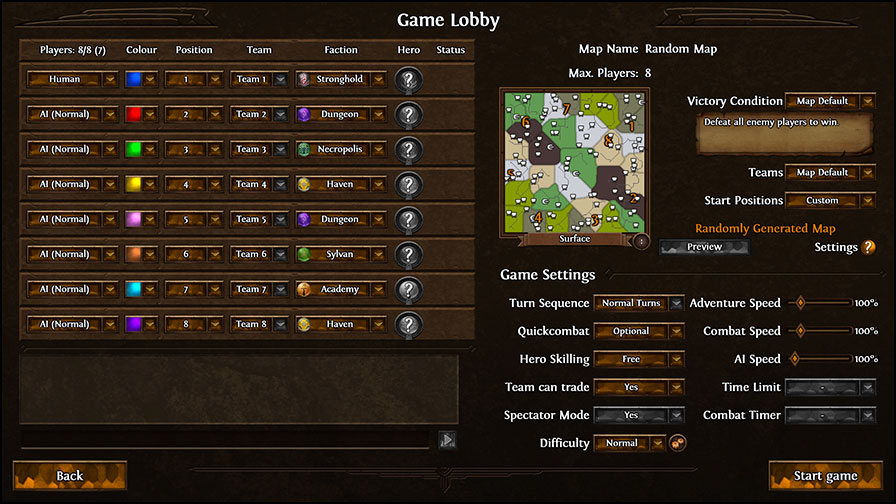 All maps will be loaded with fully Dynamic shadows and lighting by default. Depending on your PC specs this can effect performance and load times quite drastically. For those with lower end machines or people just wanting to get into the game as fast as possible you can disable these in the Dynamic Shadows options in the Settings menu.

We ran some tests on low end machines and these are the following timings for loaded maps.

MMH7 minimum requirement setup (4GB RAM, HDD, 460GTX, i5, Win7)
All these maps were loaded on the lowest settings, No dynamic lighting, with no underground. Note if you add all these things and you have a machine around the same specifications you will increase that load time substantially.

Another feature implemented with our Ingame RMG is the Seed System. In the map creation screen you'll notice a Map String. Once you've generate a map it will always have that string. This means if the map generated is really fun, and you want to play it again, you will be able to enter this number on a newly created map to replay. This also allows you to share that string with other players on forums for them to be able to experience that map as well!