"Dwarf warrens are built in concentric rings around a central great hall. Main avenues run off in the cardinal directions, with smaller tunnels in between. Dwarf architecture also runs in three dimensions, with plenty of stairs, wells, galleries honeycombing the mountains under wich they live.
In design, Dwarves are not fond of representational art, preferring instead geometric patterns. Their buildings, roads, and stairs are mostly built to be sturdy rather than pleasing to the eye. One decorative field the Dwarves do specialize in, however, is lava gardening. Most Dwarf families own centuries-old gardens of molten rock and carefully tended obsidian, cooled to precise specifications over the years."

It is now time to discover the Townscreen of the powerful and proud Dwarves of Grimhein!

This article only focuses on main buildings of the townscreen. 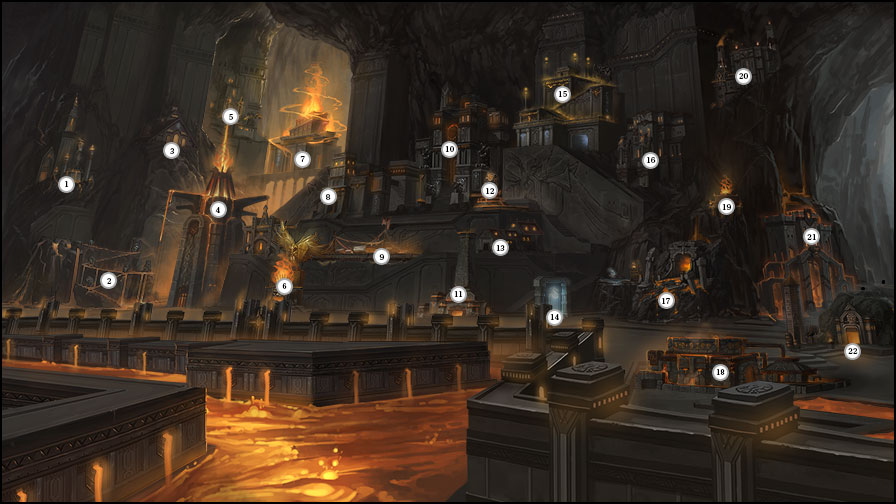