Discover today (officially ;)) the Necromancy skill in MMH7, specialty of the Necropolis faction.

“Heroes of Necropolis command armies of undead creatures, the animated corpses of the enemies they defeated on the battlefield. Although those soldiers are mostly sword fodder, their ranks seem to be growing endlessly.”

Necromancy in MMH7 takes into account all fallen creatures of the battlefield, disregarding the original owner of them: “Asha uses all”.

As always, skill effects are cumulative and all values are subject to balancing until the very end of the development. 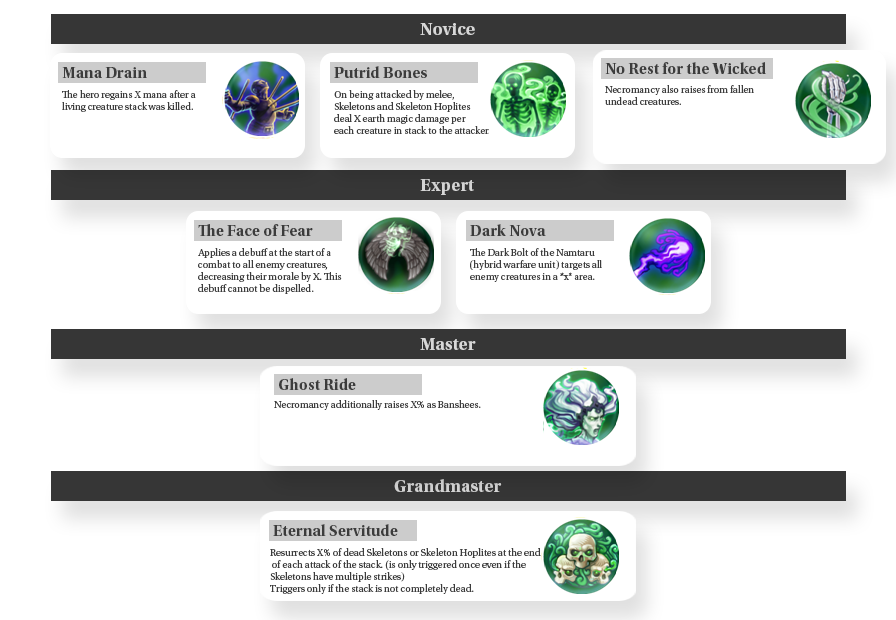 In the meantime, we also confirm that the reveal of Sylvan will start before the ending of the month so stay tuned!
komentarze (755)
Zamów przez: Najnowsze | Najlepsze
Report:
Permalink:
×