It is now time to discover the Townscreen of the Dungeon Faction in details!

"The Dark Elves are underground-dwelling renegades from the Elf forests who have made a pact with the mysterious Faceless. Deadly schemers in the darkness, their whole nation is imprinted by Malassa’s mark. Forced to hear the constant whispers of the world, the Dark Elves know that the border between sanity and madness is very thin… thin like a dagger’s blade."

This article only focus on main buildings of the townscreen but the game will offer more variety and options (growth building etc.) 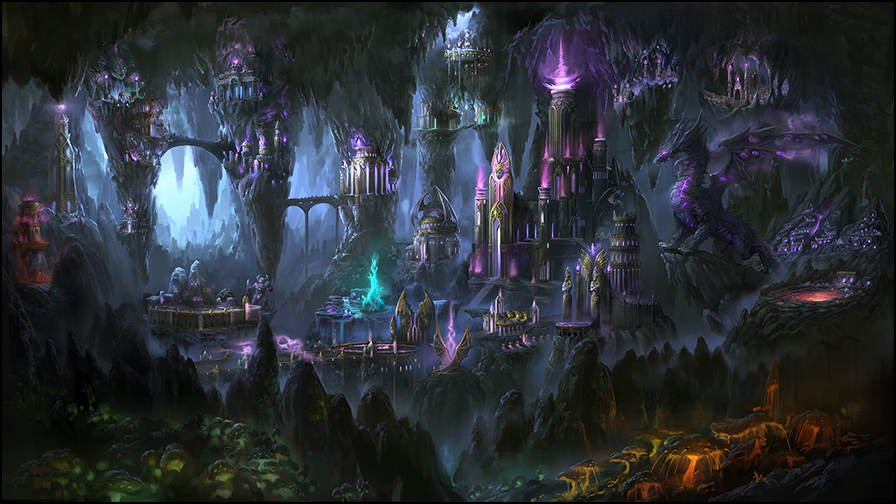 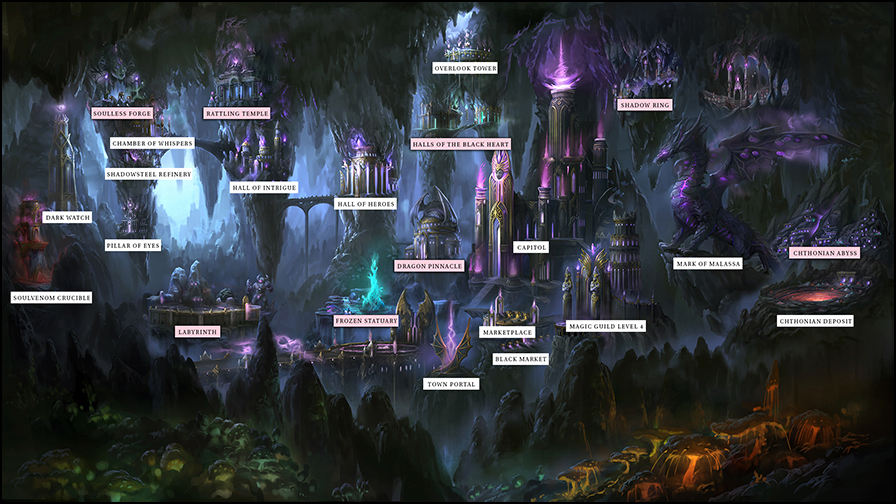