As previously mentioned in this platform, Heroes in MMH7 will be characterized by 7 stats: Every time a new level is reached, your Hero stats will evolve but in the case of Destiny, you will also be able to influence your luck thanks to the skillwheel progression.

Indeed, with each skill rank you unlock, you will be granted X Destiny points but also have access to specific bonuses with the different Skills.

Destiny being a neutral skill, all Heroes (Might & Magic) can reach the Master rank.

As always, the skill effects are cumulative! 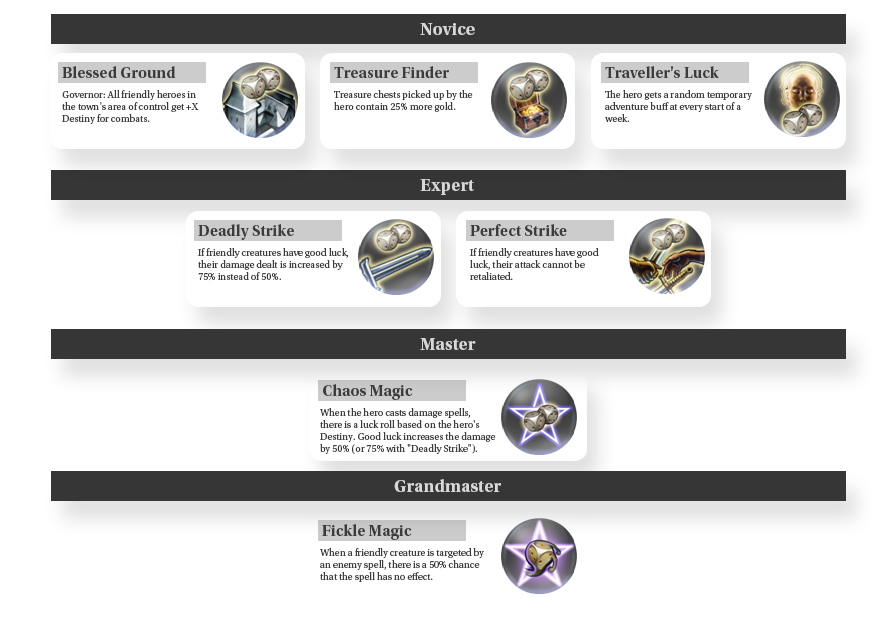