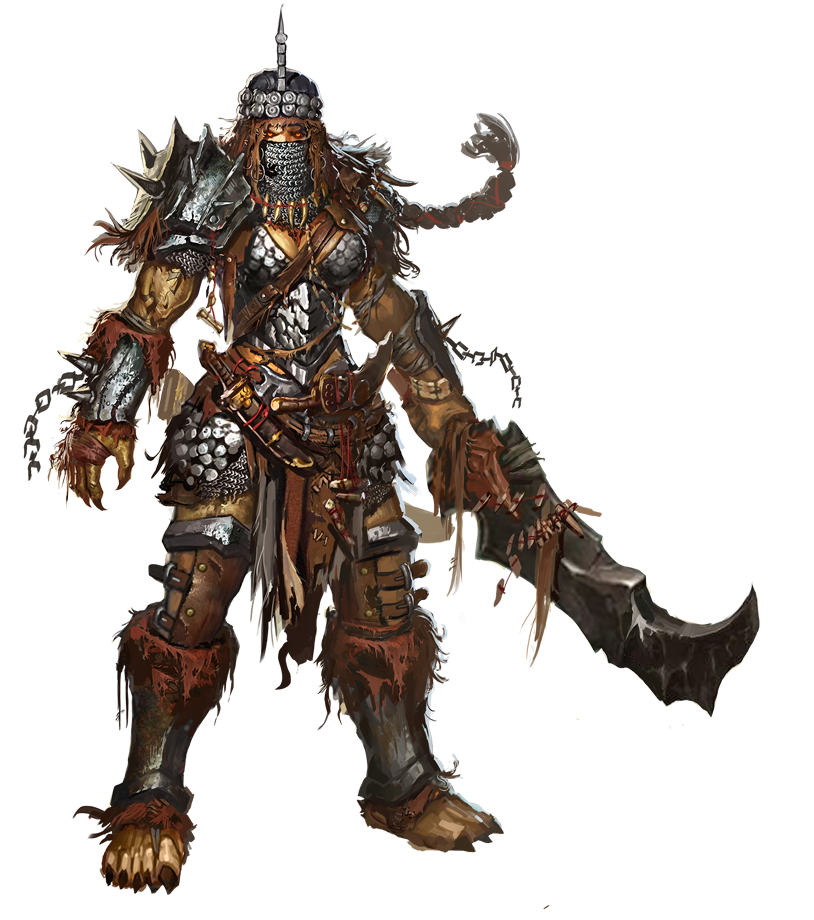 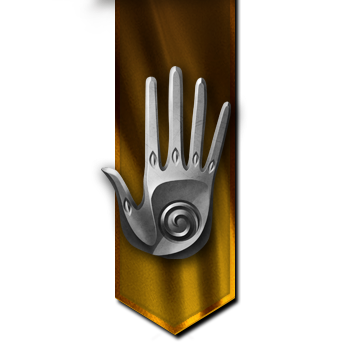 Tribes of nomadic barbarians, Orcs are the scattered but proud survivors of a long history of persecution. They boast ranks of fierce warriors supported by powerful Shamans. Orcs prefer open skies and the freedom to move on when the urge takes them: many chose to lead a nomadic life in the dunes of the Sahaar desert.

The Orcs were created in the Seven Cities during the War of the Blood Moon. It is in the laboratories of Al-Rubit that the Crimson Wizards experimented with Demon blood, which they inoculated into Human slaves and criminals. The Orc shock troops became the decisive weapon in the conflict, turning its tide and saving Ashan from total destruction.

However, once the war was won and the danger passed, the surviving Orcs were resettled as slaves and indentured troops to work the mines and guard dangerous borders in the Seven Cities and the neighbouring Holy Falcon Empire. Persecuted and feared, they grew bitter and resentful towards their "makers".

Their resentment finally exploded, and the Orcs rose up against their Wizard masters. Born in Shahibdiya, the rebellion, led by the legendary Kunyak, quickly spreads to the whole of the Seven Cities, and to the Holy Falcon Empire. The Orcs declared themselves free of their masters and of the Dragon Gods, unwilling to kneel in obedience or worship.

Though the Orcs and their Beastmen allies fought fiercely, they lost ground until, finally, they had no choice but to flee to the most inhospitable reaches of the world.

Once settled in their new territories, they tamed the wild beasts, raided or traded with neighbouring tribes, and slowly developed a common culture based on the values of pride, courage and independence. 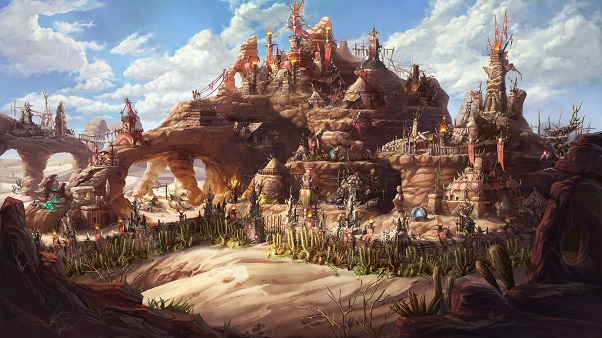 With or without Demon blood, all Stronghold troops seem to share the Orcs’ fighting spirit. Their eagerness for battle makes them incredibly fast and powerful at the start of a battle.

The Desert Tribes of Sahaar gather together proud Orc warriors, their “cousins” Goblins and Cyclopes, their Beastmen allies, like Centaurs, Harpies and Gnolls, and various desert animals the tribes have either tamed or befriended.

...think later! Orc warriors are mobile, lightly armored and heavily armed. They usually rush straight at the enemy, counting on their numbers, speed, ferocity and toughness to break the lines of the opposing army.

As they were created then enslaved by the Wizards, Orcs generally hate the magic of the Dragon Gods. Instead, they call upon “blood magic”, chaotic in nature, and shamanistic spells, powered by their link to their ancestors.