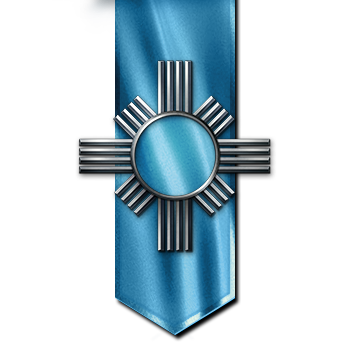 The Knights and Priests of the Holy Empire worship Elrath, the Dragon God of Light, who grants them magical powers based on his elemental dominion. Their objective is to lead a life worthy of Elrath's ideals of Truth and Purity, to shape the world in his image, and to spread his sacred Light...

The Holy Empire was originally a series of squabbling clans. Ronan the Great, High King of the Falcon, united them through a combination of dazzling generalship, brilliant negotiation, and the occasional political marriage. Once the country was under his thumb, he declared the foundation of the Falcon Empire, and settled in to make his position as Emperor hereditary.

At about the same time, the Angels, facing the end of their race, were searching for nations to convert and they set their eyes on the Humans of the young Falcon Empire, lost in the religious upheaval that had followed Sar-Elam's ascension to Dragonhood and the Wars of Fire.

The Angels approached the young boy Brian, great-grandson to Ronan Falcon, and helped him convert his fragile Empire forlorn by the fickle Dragon of Air into a strong nation dedicated to the Angels' God, the stern and unforgiving Dragon of Light.

The Holy Falcon Empire is a theocracy with a feudal structure. In theory the Holy Emperor has absolute rule, but in reality the land is chopped up into six Duchies (Griffin, Wolf, Bull, Greyhound, Unicorn and Stag) and countless baronies, so that much of the Emperor's time is spent juggling his various nobles.

Frequently at least one of these regions is in some sort of revolt, though these have rarely been serious or bloody... until now. More than eight centuries after its foundation, the Holy Empire faces its greatest crisis with the assassination of Empress Maeve Falcon and her children by Demon agents. 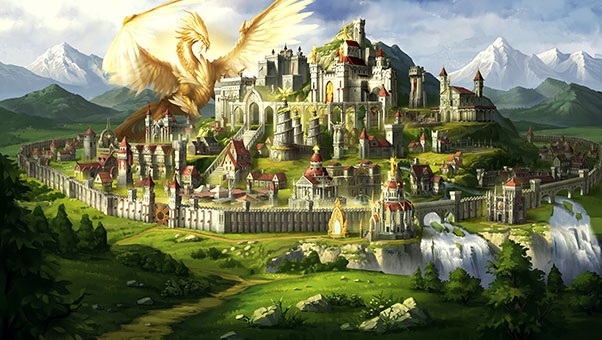 Thanks to their faith and team spirit, the armies of the Holy Empire have impressive morale, which becomes a powerful asset in battle, where they seem to strike twice as much as their opponents.

Mounted knights make up the Empire's heavy shock troops, supported by heavy infantry and missile weapons. The Empire can also count on the support of mythical creatures, such as Angels and Griffins.

Haven troops make excellent defensive fighters, and are legendary for getting their enemies to fight on the ground of their choosing. They often win in the long run by resisting their opponents' assaults and preserving the freshness of their troops.

While they have access to most Magic schools, Haven mostly relies on the powers of Light, the "holy" magic of Elrath and his ideals of Truth, Justice, and Perfection. Light shines on the virtuous but blinds and burns the impious. It can heal its servants, and even bring them back to life.