Discover today a special focus on the Heroes from the Fortress Faction in MMH7: Trial by Fire !

Check out the portraits, bios and specializations of some of the Fortress Heroes you’ll be able to hire in the Hall of Heroes in skirmish or multiplayer maps. While they are not the main characters of the campaigns, some of these characters might play a role in the stories. Longtime Heroes fans might also recognize some familiar faces :) 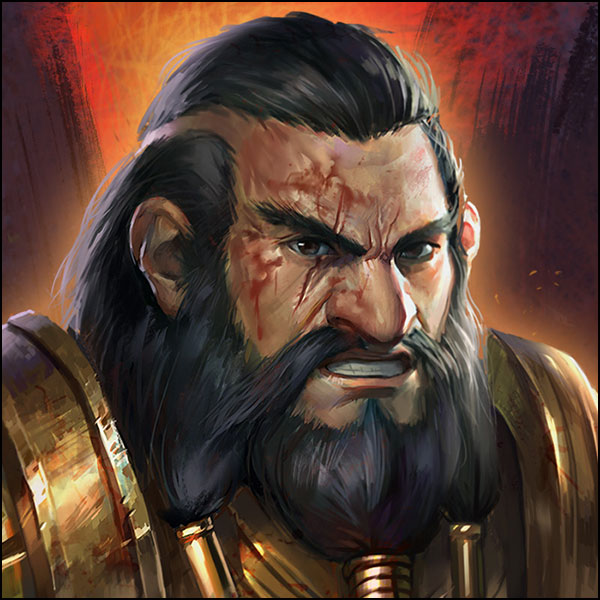 Biography: Haegeir Mordisson is the current warlord of the Grimsteel clan, but you wouldn’t necessarily suspect it from his cheerful personality. Make no mistake, though: he hasn’t been given the nickname “Bearheart” because of his cuddly disposition. His oldest friend and comrade-in-arms, Hathor the Deepstrider, would tell you Haegeir is a simple man, who likes doing what he does best. In Haegeir’s case, that would be eating, drinking, maiming and killing. 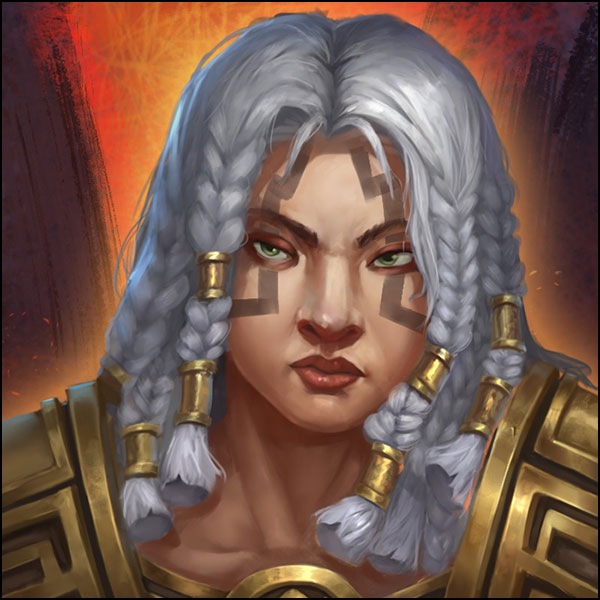 Specialization: Shieldmaiden (Defenders and Shieldguards cannot get "Incapacitated" from any creature attack.)

Biography: Like the rest of the Winterwind clan, Hedwig "Silverhair" Randversdottir actually enjoys venturing far from the comfort of the great stone halls of Grimheim, exploring new lands and meeting new faces. But as a Shieldmaiden, she also considers her duty to protect and escort Dwarves from other clans who are less than thrilled at the idea of leaving the safety of their underground homes. 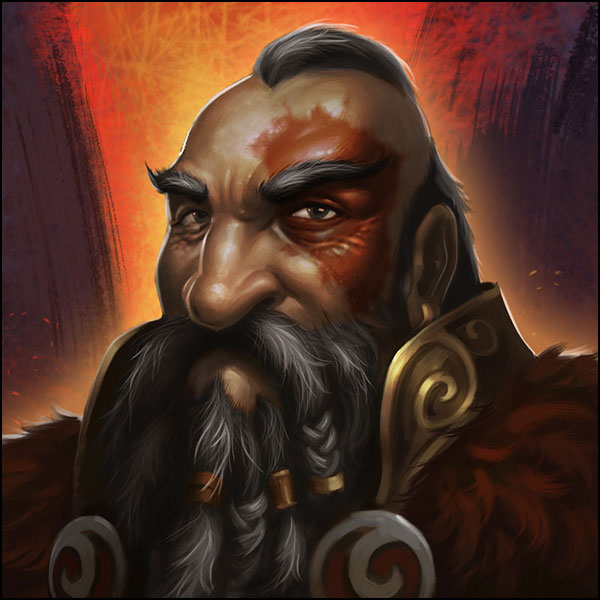 Biography: Born in a clan of artisans and engineers, Bart Brimstone was fascinated by water and believed there was great power to be harnessed in the marriage of fire and its opposite element. His research was regarded as heresy by the other Dwarves, which eventually led to Brimstone’s exile. To further his knowledge of water in all its forms, he eventually joined a crew of Sea Elves in their travels, and ended up falling in love with the ocean and its endless possibilities. He became a pirate to fund his experiments, and created the Fiery Heart, Ashan’s first (and only) steam-powered warship. 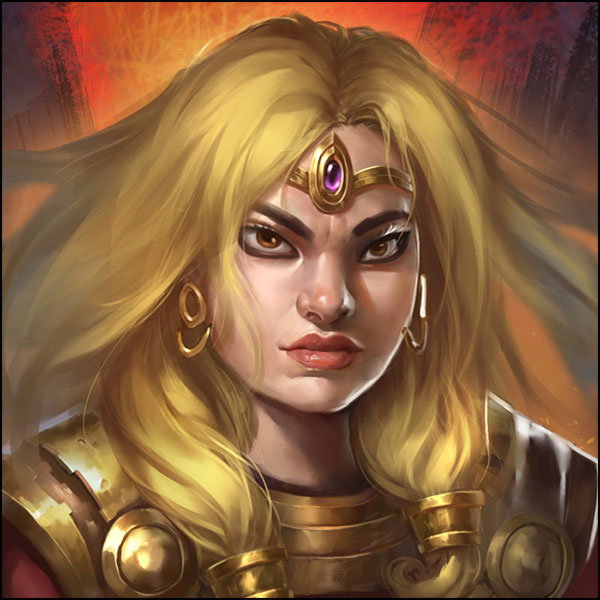 Specialization: Disciple of Air (Increase magic by 6 when casting spells of the magic school of Air.)

Biography: Svea spent her youth in the towns of the Silver League as part of the Dwarves' small embassy in the land of the Wizards. But while other Dwarves, depressed by their stay in the foreign country, were giving way to homesickness, Svea spent her time studying all the mysteries of the League's magical art. The outcome of her studies was the mastery -- unusual for a Dwarf -- of Air Magic.

"The Dwarven warbands are one of the most feared fighting forces in the world. Featuring unparalleled ferocity and iron discipline, they can be mustered on a moment’s notice. In combat, warbands from various cities try to outdo each other in terms of enemies killed, banners taken and the like – war is a game, and this is a way of keeping score. The Dwarf warriors, while ferocious, are possessed of an uncanny discipline. They have been known to hold position under withering arrow fire for hours, waiting for the right moment to charge. Dwarves never, ever surrender. They fight to the death, even when the odds are hopelessly against them. The best death a Dwarf can wish for is one in battle, against impossible odds, with a witness who will someday make a song of their deeds."

Warlords are the commanders of the warbands, raiding enemy positions and spearheading the Dwarven armies. Their mastery of Warfare and Rune Magic is critical in their strategy, as they unleash fire and brimstone on their enemies before marching for the onslaught. Recognized by all as great leaders and explorers, they are also versed in Earth magic.

Jarls are amongst the most respected heroes in their communities. Wise and strong, they are masters of Economy, and rarely fail to make their towns prosper. Masters of Rune Magic, they are also renowned scholars of Fire Magic, and more than decent fighters and diplomats.

Thanes are the shields of their community, able to stand strong in any situation, even besieged by superior number, using not only their personal fortitude, but their defensive skills and ability to yield Rune Magic and Fire Magic. They are also expert economists and proficient in Warcries, as well as competent explorers, diplomats and users of Air Magic.

Firebranders are indisputably the masters of Fire, yielding Rune and Fire Magic at the pinnacle of their power, and mastering Warfare like no one else, they can turn a battlefield into a fiery hell. They are also experts in Earth and Air Magic, and can use Prime magic to some extent.

Runelords are the greatest scholars among the Dwarven heroes. Masters of Rune Magic and Fire Magic, they also excel in Earth and Prime Magic, while they can use Air Magic at a lower level. Their secondary skills make them efficient administrators, and they remain pretty strong on the field of battle, notably thanks to their Exploration and Warfare skills.

Engravers are the guardians of holy places. Masters of Rune, Fire and Earth Magic, but also users of Air and Prime Magic, their knowledge of the Arcane is their very own fortress. This makes them experts of defensive strategies, able to lure their enemies in their line of fire while their troops stand strong, ready for an overwhelming retaliation.